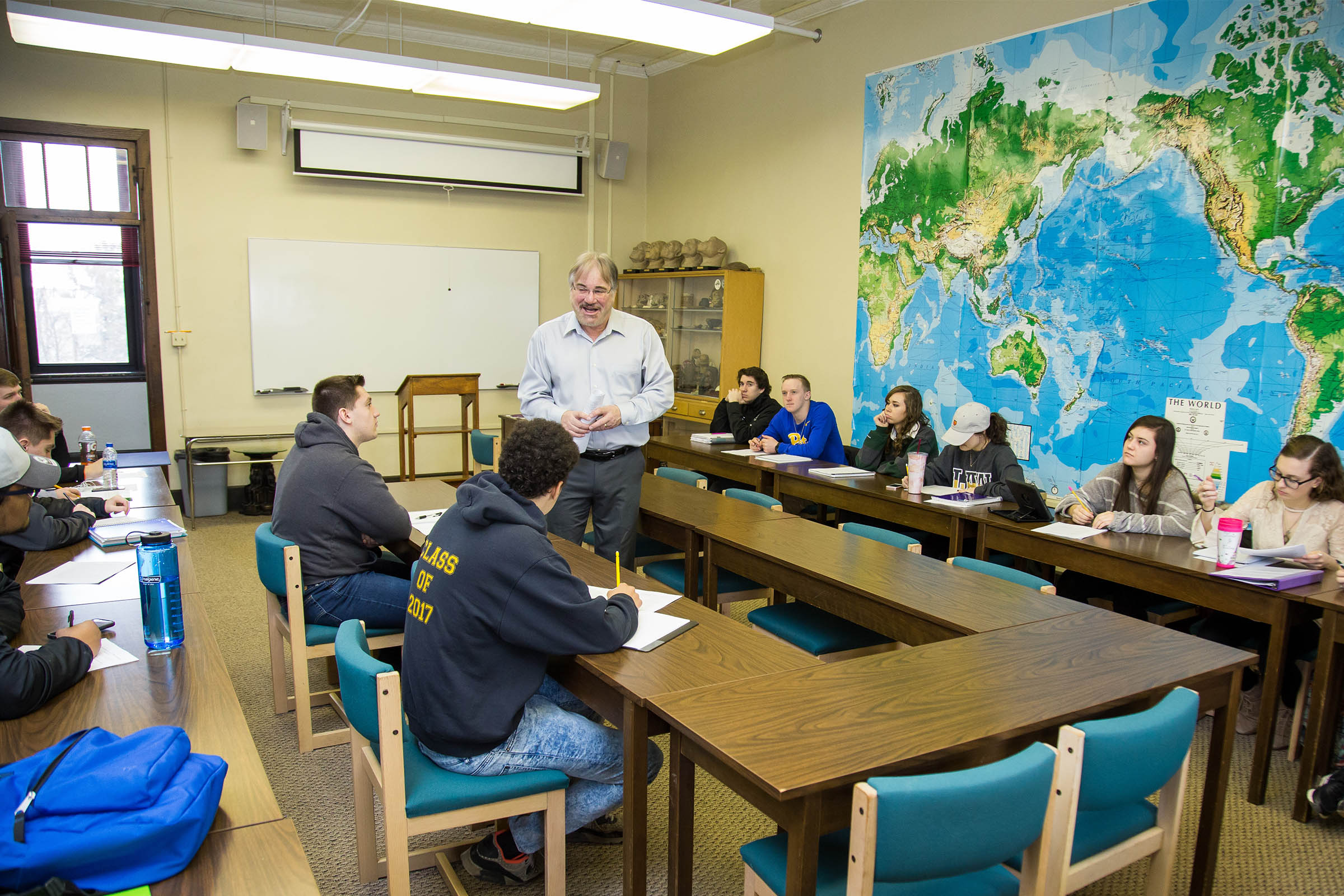 The Departments of English and Modern and Classical Languages co-sponsor the Literary Translation Minor at Saint Vincent College. The program combines creative writing with the study of languages, international literature, and critical theory. Students hone their writing, reading, and foreign language skills while exploring the intersections of cultures.

Outside of the classroom, the Visiting Writers Series brings celebrated literary translators to campus. Translators read their work, discuss their craft, and offer students fresh insights into the field of international literature in translation.

The program is also home to Eulalia Books, an indie publisher of poetry in translation. Eulalia Books offers work study and internship opportunities to students interested in pursuing careers in publishing and related fields.

The Literary Translation Minor is ideal for students who love literature, the study of foreign languages, and creative writing. In addition to a rich academic curriculum, the minor offers study-abroad opportunities, contact with working translators, hands-on experience with publisher of literary translations, and internship opportunities in Pittsburgh and beyond.

Read more about the introduction of the literary translation program here.

Eulalia Books will be hosting an event in conjunction with White Whale Bookstore on Monday, Sept. 27, at 7:00 p.m. via Zoom as part of the college’s Visiting Writer Series. This event will celebrate the release of “Another Life,” written by Daniel Lipara and translated by Robin Myers.

The event will feature a reading and book talk by Lipara, in conversation with Myers. Those wishing to attend must register at whitewhalebookstore.eventbrite.com by 6:30 p.m. on Sept. 27. Both free and pay-what-you-can tickets are available.

Please click here to view a flier for the event.

Writers, Poets and Translators on Campus

Every fall, the SVC Visiting Writers Series highlights the work of foreign writers and literary translators. Readings, class visits, and Q&A sessions offer students in the program a glimpse of international literature in the making.
Through the series, Saint Vincent has welcomed eminent writers and translators such as Daniel Borzuzky, Valerie Mejer Caso, Kathrine Hedeen, Eduardo Chirinos, José Kozer, and many others.

Read More About Our Visiting Translators 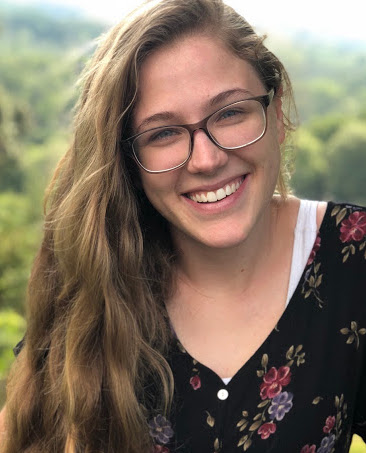 Mallory Truckenmiller (C'18) concentrated in both secondary education and literary translation, minoring in Spanish. Mallory is currently an MFA Iowa Arts Fellow in literary translation at the University of Iowa, specializing in Gender, Women, and Sexuality Studies. Mallory primarily translates Latin American and Iberian women writers with a focus on the role of gender in literature and translation. Along with Eulalia Books at Saint Vincent College, she has worked with Asymptote Book Club and Exchanges literary journal.

Megan Matich (C’11) earned a bachelor of arts degree in English, minoring in German, at Saint Vincent College before pursuing her master’s degree.

Now, Megan works in financial journalism for a Fortune 500 company, has published two books and has just received a joint grant with the Icelandic Ministry of Education and Culture and the Fulbright Commission to study Icelandic as a Second Language at the University of Iceland as a part of a three-year program. This auxiliary project sprang from her recent work translating several Icelandic poems from Magnús Sigurðsson that were featured in the publication Words Without Borders, which earned her a PEN/Heim translation grant. Megan will utilize the Fulbright grant to translate and edit an anthology of a variety of Icelandic poets. The anthology will include a critical introduction that elaborates on poetry as an arm for social progress and as an important fixture of everyday life in Iceland, an astoundingly literate country. Megan will be supervised by two translation studies scholars, Ástraður Eysteinsson and Martin Regal, as well as her mentor and friend Gyrðír Elíasson, whose poems she is currently translating. She will concurrently intern with two small publishing houses, whose catalogs she hopes to populate with translated literature.

Alison Macomber graduated from Saint Vincent in 2013 with a Bachelor’s degree in English Literature and a Bachelor’s degree in Spanish Literature. After graduation, she was a literary translation intern at City of Asylum/Pittsburgh’s Sampsonia Way magazine. Here, she translated sections of Cuban dissident writer Orlando Luis Pardo Lazo’s anthology titled Cuban Newrrative: An Anthology of Emerging Literature from Generation Zero. She then attended Queens College as a graduate student in the MFA Creative Writing & Literary Translation program.

For her first year as a candidate, she earned the Irma and Harry Long Scholarship, which is awarded annually to the most promising incoming literary translation student. During her time here, she completed translations on Alfonsina Storni’s Mundo de siete pozos, and crafted her final thesis, a multi-genre, hybrid epistolary poetic and visual art piece entitled Añoranza.

Post-graduation, she has worked with Lost & Found: The CUNY Poetics Document Initiative to complete Querido Pablito”/“Julissimo querido”: The Selected Correspondence of Paul Blackburn & Julio Cortázar 1958-1971 as co-editor and co-translator. She has also worked with NYC-based Barkers’ Collaborating Playwrights to translate The Abduction of Luis Guzmán by Spanish playwright Pablo Remón. Alison currently lives in Brooklyn, New York and continues to make collaborative literary involvement one of her top priorities. 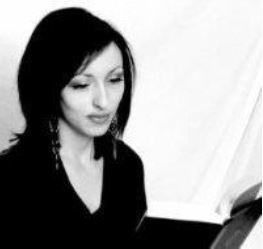 Clare Gates is a freelance editor who puts her skills to use for various non-profit organizations. She graduated with a B.A. in English Language and Literature from Saint Vincent College in 2011. During her undergraduate years, she held the position of art editor for the campus literary magazine Generation, she received a Palumbo Travel Grant to conduct original research in Taiwan for her senior thesis, and in 2012 she earned the English Department award for her academic excellence over the course of her college career. Clare currently lives and works in Pittsburgh, her native city.

During her time at Saint Vincent College, Clare procured an editorial internship at City of Asylum’s Magazine Sampsonia Way, where she spent her time writing about, interviewing, and translating international writers.
Back to Top