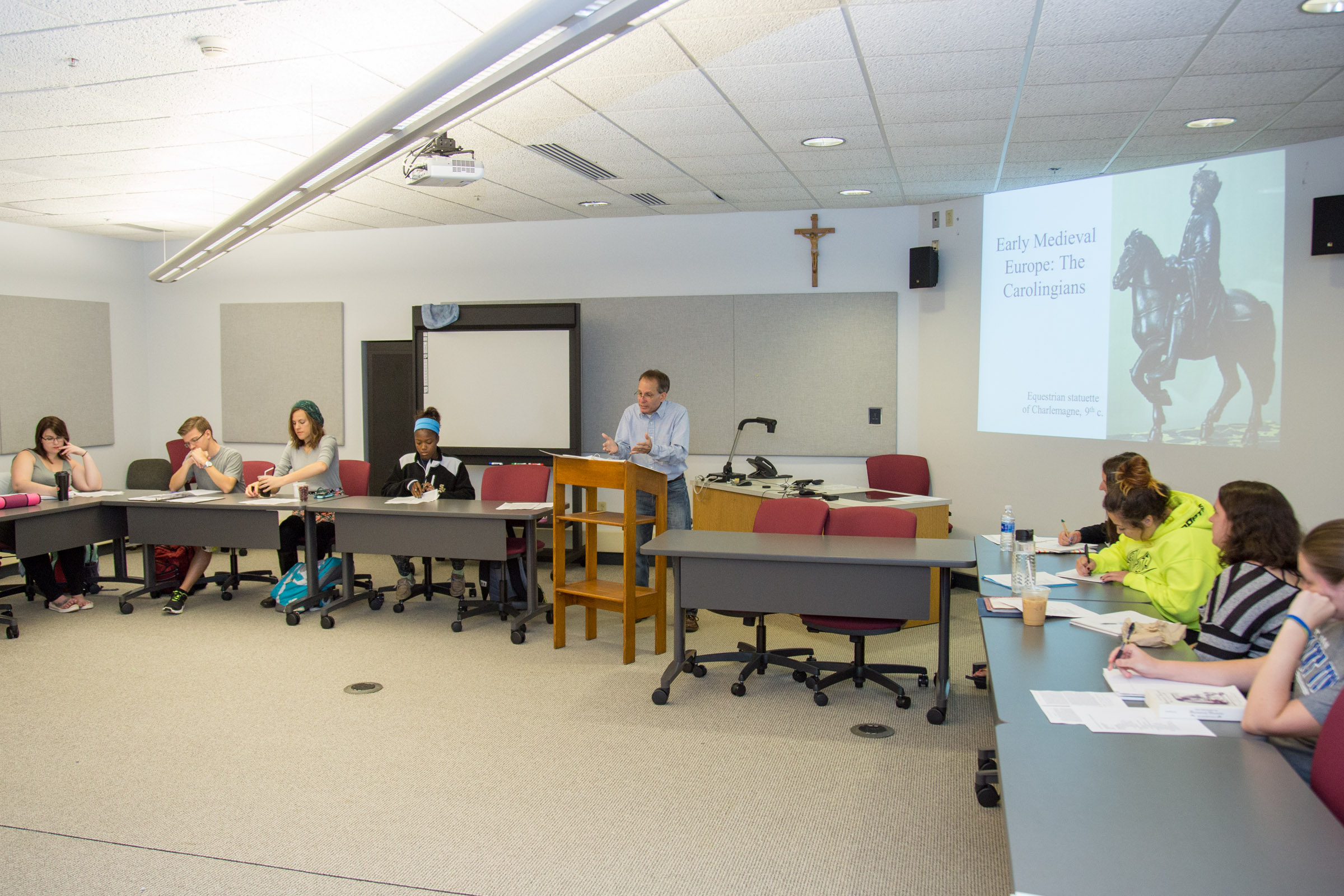 Medieval Studies is an interdisciplinary minor consisting of a wide range of courses that focus in significant ways on the civilization of the West in the medieval period, also known as the ‘Middle Ages’, ca. AD 500-1500. Arising out of the unique blending of Classical, Christian and Germanic elements beginning in late antiquity, medieval culture became a vital and formative part of the Western heritage. Medieval people created sophisticated philosophical systems; beautiful forms of art and music; innovative styles of architecture; new expressions of piety and varieties of religious life; lively and imaginative poetry; the first universities; and the earliest forms of French, German, English and other languages so commonplace today.

The goals of the Medieval Studies minor program are: