Teaching lies at the heart of Saint Vincent's mission. Accordingly, the Deely Project provides a site where leading figures foster exploration of the semiotic perspective for the coming generations. Faculty and students, undergraduate and graduate, drawn from across the disciplines, engage each other in vigorous, critical and fertile dialogue. The lively interchange in colloquia, seminars and tutorials intrinsically integrates knowledge across methodologies that have perennially taken themselves to be essential.

"In the pantheon of semiotics and American philosophy, Deely’s place was established well before his death. In the near future he will be recognized as one of the most original thinkers of the current epoch."
Paul Cobley, President
International Association for Semiotic Studies

De-Sign: The Mutual Fulfillment of God's Will and Human Desire

De-sign (design and semiotics) is an intentional way for humans to not only create a meaningful reality but also to share with God the act of creation, with the proviso that God’s creation is more evoking rather than commanding. Beyond the debate over determinism and free will, the will of God and the desires of humans are intertwined through the union of Agape and Eros; going beyond “either-or” tendency into “both-and” stance. All aspects of lifeworld draw out each other, where God’s creative love—in Charles Sanders Peirce’s view—is an ongoing continuous process. The relationship between God and humans is based on the mutual fulfillment through evolutionary love.

Farouk Y. Seif, Ph.D. is Professor Emeritus, Antioch University, Seattle, WA, past President of the Semiotic Society of America (SSA), former Executive Director of the SSA, a registered architect, and a Fellow of the International Communicology Institute. His main interests are design and semiotics for social and cultural change, paradoxes, transdisciplinarity and transmodernity. He taught in universities and lectured at conferences in Argentina, Austria, Brazil, Bulgaria, Canada, China, Demark, Egypt, Estonia, Finland, Germany, Greece, Hungary, Kirgizstan, Latvia, Lithuania, Mexico, Romania, Spain, Turkey, and USA. He was the recipient of the 2010 Fulbright Specialists Program at University of Sofia, Bulgaria. Professor Seif is the author of more than 50 articles and a dozen book chapters. His newly published book De-sign in the Transmodern World is a state-of-the-art integration of design and semiotics. 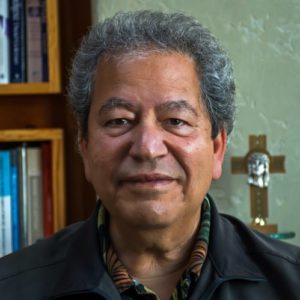 Maritain and Rouault on Beauty, Evil, and God

Thomas Hibbs, Ph.D. is the J. Newton Rayzor Sr. Professor of Philosophy and Dean Emeritus at Baylor University in Waco, TX, and has also served as Director of Baylor in Washington, D.C. Formerly, he has served as Full Professor and Department Chair of Philosophy at Boston College, President of the University of Dallas, and President of the American Catholic Philosophical Association. His main interests and areas of work are medieval philosophy, specifically Thomas Aquinas, contemporary virtue ethics and aesthetics. He has published more than 100 reviews and articles and has made more than 100 appearances on radio both on a national and local level. He was the 2010 recipient of the American Maritain Association Scholarly Excellence Award. Professor Hibbs is the author of more than 30 scholarly articles and seven books, the most recent being Wagering on an Ironic God: Pascal on Philosophy and Faith. He is currently working on a book on Catholic aesthetics.

"The John Deely/Jacques Maritain Lecture Series heralds the future potential at Saint Vincent College of the Deely/Maritain Chair in Philosophy. The Chair, as grounded in Benedictine tradition, will provide a setting internationally for further developing the Catholic tradition in ways that meet the needs of our current age in the shaping of future culture. As a philosophical framework and direction, a forward-looking Thomism and the contemporary transdisciplinary field of semiotics have joined together in this development, thanks to the work of Maritain and Deely." – Fr. Paul R. Taylor, O.S.B., President

This Lecture Series is presented annually on the beautiful campus of Saint Vincent College. Inaugurated in 2018, it hosts distinguished speakers and experts in Maritain thought and Deely's semiotic philosophy. 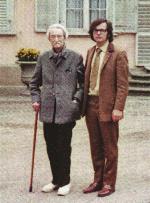 (April 26, 1942 – Jan. 7, 2017) was appointed full Professor and Philosopher-in-Residence at Saint Vincent College in the fall of 2015. Author of more than 30 books and more than 200 articles, editor of several book series, and acclaimed by the global translations of his work into a dozen languages, Deely has been a shaping influence on the development of philosophical thought worldwide. In the words of Paul Cobley, "Deely has been the 'philosopher-in-residence' for contemporary semiotics." According to the great Thomist Mauricio Beuchot, O.P., "John Deely's legacy is a pivotal element in the future of both semiotics and Thomistic thought." Deely thrice represented the USA as a Fulbright scholar to Brazil, Mexico and Bulgaria; and he was an invited lecturer in many other countries around the world.

(Nov. 18, 1882 – April 28, 1973) is recognized as one of the leading philosophical figures of the 20th century. Early in their marriage, he and Raissa converted to Roman Catholicism, and they soon afterward became Benedictine oblates. Maritain's philosophical work prepared the way for the Second Vatican Council. He was actively involved in drafting the United Nations Universal Declaration of Human Rights. His forward-looking Thomism applied perennial truths to the demands of his own time, in works spanning a broad range of topics, including aesthetics, political theory, the philosophy of science, metaphysics and the nature of education, as well as theological topics including sacramental semiotics, liturgy and ecclesiology, and the nature of mystical experience. Strongly drawn by Maritain and his work, John Deely took the final photos of Maritain, which were displayed at Maritain's funeral.

International Open Seminar on Semiotics: a Tribute to John Deely on the Fifth Anniversary of His Passing

This seminar seeks to render homage to his genius and further develop his work. Professor Deely spent a lifetime studying semiotics and fostering a network of semioticians from around the planet.

Presentations are arranged into two modules. The first, comprising sessions on the legacy of semiotics, has been titled, "Historical Module: From Early Latinity to the Last Postmodernity." Here, including presentations on prominent figures in the history of the field, the emphasis is on the diachronic extension of semiotic development, meaning its historical path as a laboratory where the community of living inquirers is given the necessary instruments for casting eyes upon the future. The second, dealing with semiotics at cross-thematic levels, has been titled, "Systematic Module: De-Sign or Semiotics in Relation." Now, involving issues such as space and time, cognition, visual representation and digital education, attention is turned to the present, the synchronic scale of the issues challenging those not yet dead. Both strands constitute keystones for the refinement of human understanding and are, after all, inextricably connected. As John said,

... synchrony as a temporal reality is a one-way movement into a limited future, in contrast with diachrony which not only arises from within synchrony but also invades it from a past before the synchrony in question began in the first place, and extends beyond that synchrony into a future accessible only to those who "come after" into the "land of the living."

Link to the Seminar: https://ucpages.uc.pt/fluc/uidief/io2s/auditorium/