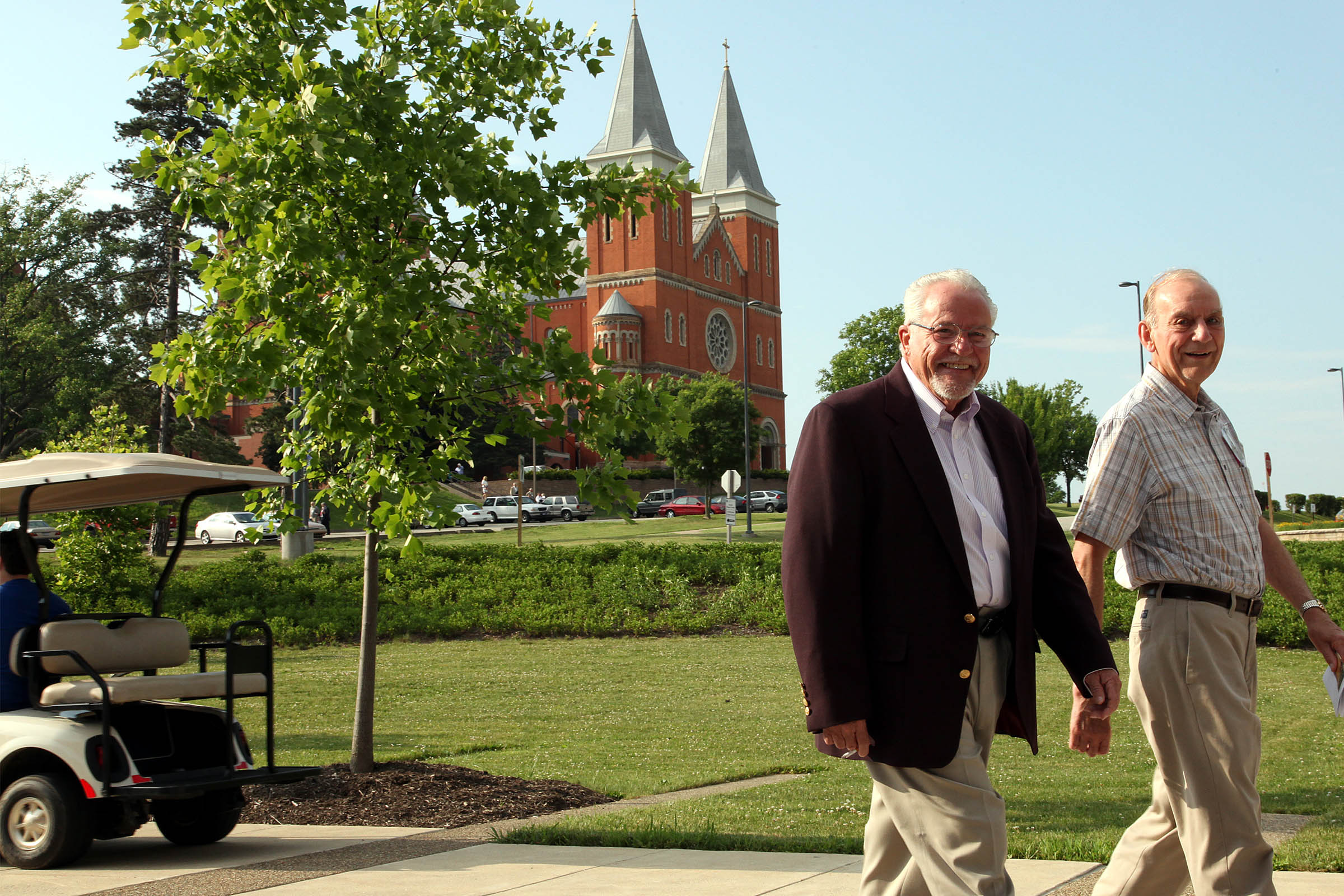 A History of the Prep School 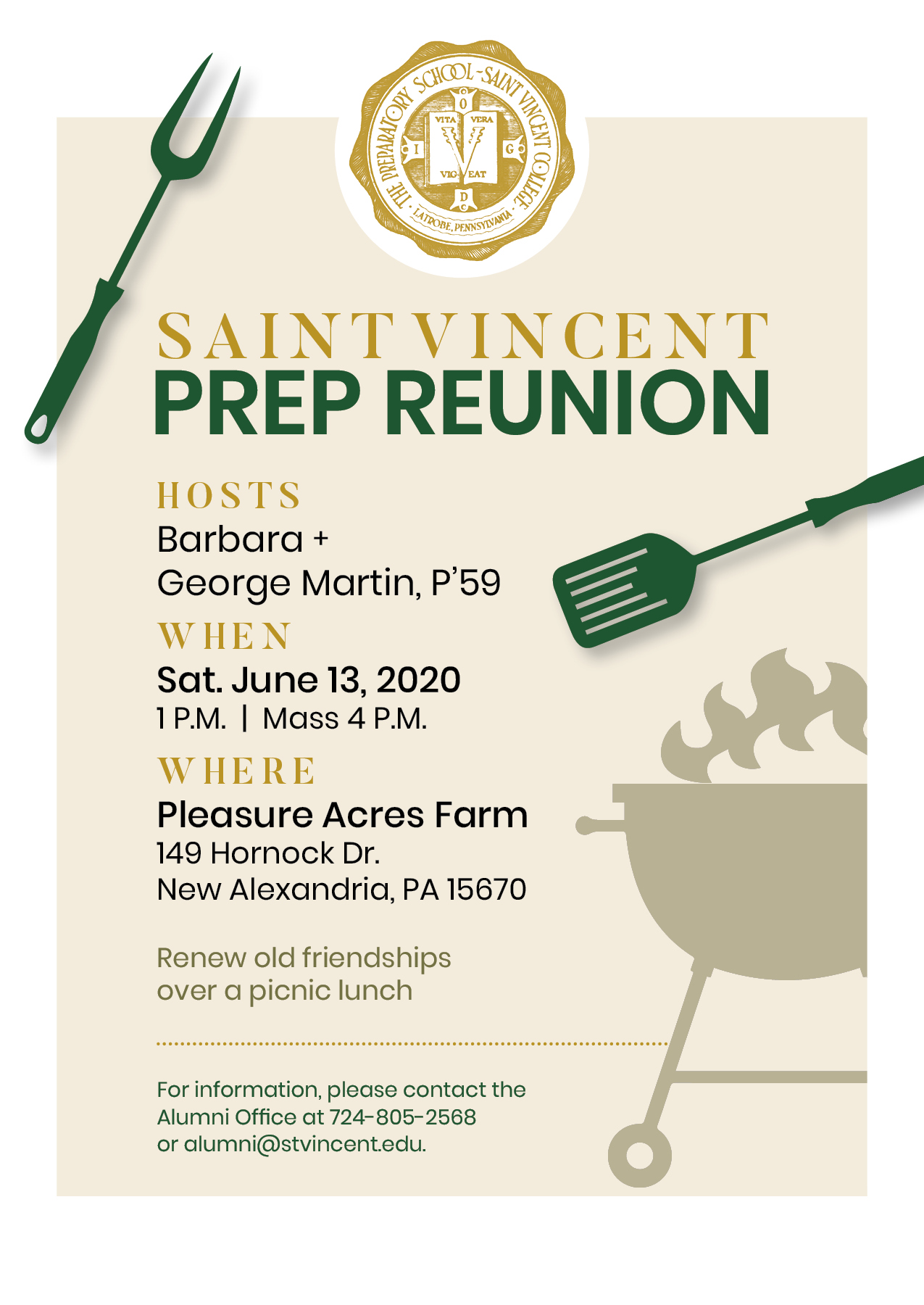 Saint Vincent Preparatory School, which was always noted for providing an excellent education, was a special place with a long, illustrious, and interesting history. Historically, the schools that evolved into the “Prep” were essential in fulfilling a fundamental role of Boniface Wimmer’s mission; beginning a day or so after Wimmer and his band of Benedictines arrived at Saint Vincent, in 1846, and continuing a Benedictine tradition of over 13 centuries, these monks began to educate Catholic boys and young men, if not to become Catholic priests, then to become good, Catholic laymen. In the words of Wimmer, students were to be taught “first what is necessary, then what is useful, and finally what is beautiful.” Initially, Wimmer’s various schools were modeled on what were known, in those days, as German Gymnasiums, or Latin schools. They were later reorganized, during the years of 1918 - 1932, into what became known as the “College Preparatory School.” The Preparatory School was advertised as offering the programs found in the best academies and schools of the country for preparing students to enter college.

Between 1920 – 1923, the College Preparatory School had an enrollment of approximately 360 students; 3 ½ times as many students as were enrolled in the adjoined College branch, i.e., between 96-98, within the same time period. In 1923, a formal separation of the College Preparatory School occurred, with the creation of separate administrations for each.

During the late 1920s, the academic quality and reputation of the College Preparatory School continued to improve, as it began to offer both classical and scientific programs, taught by a faculty of nearly 30 Benedictines. Those who survived the rigors of four years at the Preparatory School were known and respected for having received a first-rate education and for being fully prepared for college work.

In 1931, the Benedictine sisters arrived at Saint Vincent. Led by Mother Leonardo, they took charge of the kitchens. In 1932, Fr. Edmund Cuneo, O.S.B., was appointed the first Headmaster of the Prep and given the mission of updating and modernizing the Preparatory School into what Prepsters would, ever after, simply refer to as “the Prep.”

Although the Prep’s faculty was composed primarily of Benedictines, including Fr. Jerome Ruprecht, O.S.B., (mathematics and religion), Fr. Edmund expanded the faculty to include several laymen, notably William “Coach” Rafferty (mathematics and chemistry). Mr. Rafferty was also the head coach of the varsity football and basketball teams, the Bearkittens. He continued as coach of the varsity football team until its final season, in the 1962-1963 academic year. Fr. Jerome and Mr. Rafferty continued to serve on the faculty throughout the latter part of the 1960s.

Fr. Edmund established a forensic program that joined students with students of other institutions, such as St. Xavier Academy, through the interscholastic competition of the National Forensic League. Fr. Edmund also encouraged the Prep’s music department to stage joint musical productions with the music departments of St. Joseph Academy of Seton Hill, as well as St. Xavier Academy. During these collaborative years, Fr. Edmund also worked with the administration of St. Xavier Academy to organize student dances, such as the “Kitty Ball,” and the Prom, which continued into the mid 1960s. To this day, these events provide some of the fondest memories of many Prepsters.

St. Xavier was one of the first five mission stations under Saint Vincent’s responsibility, and over the years, the Benedictine monks lent much assistance to the St. Xavier community, including the celebrating of their Mass in the convent chapel, as well as giving religious instructions to academy students. And, as it happened, the Prep and St. Xavier developed a particularly friendly association down through the years, sharing scholastic activities, debate tournaments, music programs and school plays. St. Xavier girls cheering at Prep sports events, and students from both schools dancing at one another’s dances, were the usual practice.

Also under Fr. Edmund, journalism became an important part of student life, with the publication of “The Beacon” in 1932 (replaced in 1936 by “The Saint Vincent Journalette”). In 1935, the first edition of the Prep’s yearbook, “The Chimes,” appeared with the Bell Tower, built in 1871, and later destroyed in the fire of 1963, as its “mascot.” The 1936 football season opened in a newly constructed football stadium, which continued to be the field of valor for the Prep’s football team. The team was continuously coached by William Rafferty until its final season in 1962. Over those years, the varsity football and basketball programs enjoyed exceptional success. It was notable when the football team went undefeated in the fall season of the 1948-1949 academic year. Also, the basketball team, of the 1950 - 1951 academic year, won the Western Pennsylvania Championship.

Other outstanding headmasters followed Fr. Edmund over the years – notably, Fr. Egbert, Fr. Warren and Fr. Louis. Then, on Jan. 28, 1963, fire devastated the old Prep Students Chapel, the biology laboratory and the Bell Tower. Also, the top of what it is now referred to as “old Benedict Hall,” which housed dormitory space for the Prep, was burned out, and much of its second floor was damaged. Despite these disastrous losses, miraculously, no one died in the disaster.

The last graduating class that included Prepsters, who were not Scholasticates, left in 1964. Fr. Luke Callahan, O.S.B., was named Headmaster, in 1967, and served in that position to see the last class of Scholasticates graduate, in 1974. At that time, the Saint Vincent College Preparatory School finally closed its doors.