Excellence in Teaching, Research and Service

Saint Vincent College has been blessed by a faculty of excellence since its founding 175 years ago. Today’s faculty are experts and leaders in dozens of academic disciplines with educational experience and degrees from around the world.

Boniface Wimmer was certainly formed with a priority for academic excellence in his own university career at the Ludwig-Maximillian University of Munich (LMU). He first studied law and then theology. King Ludwig I, in moving the university to Munich and then renaming it after his father and him, also created a Department of Theology that rivaled, and some say exceeded, those in Rome. He brought in scholars from around Europe and endowed their positions to create “The Round Table” of professors, whose scholarship and research was published and taught to the many students who came to LMU just to “sit at the feet” of these teachers.

Saint Vincent College has also been blessed by generous alumni and friends who have also placed a priority on scholarly research and teaching. They have articulated that priority in generous financial commitments to endow faculty positions at Saint Vincent. During the course of the last 20 years, the College has begun 10 such professorships.

Saint Vincent College is proud of the scholarship, research, teaching and service of these professors that in many ways serve to be our own “Round Table of Scholars.” 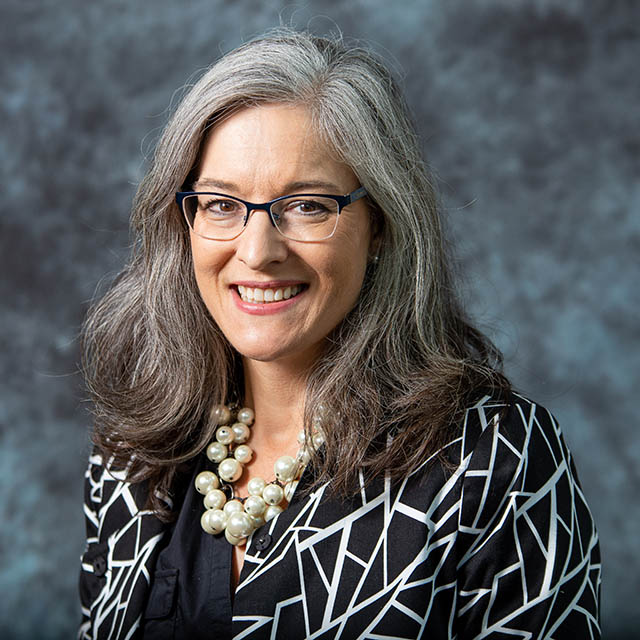 The James F. Will Endowed Chair of Engineering held by Stacy Birmingham, Ph.D.

The Endowed Director of the Center for Catholic Thought and Culture held by Jerome Foss, Ph.D.

The Saint Vincent College Center for Catholic Thought and Culture launched in 2019 as an interdisciplinary academic institute that advances the mission of Saint Vincent College, promoting scholarship in the areas of theology, philosophy, marriage and family, politics, economics, rhetoric, fine arts and science. In Oct. 2020, the Center was named an Oasis of Excellence by the American Council of Trustees and Alumni. A faculty member in Saint Vincent College’s Alex G. McKenna School of Business, Economics and Government since 2011, Jerome Foss, Ph.D., serves as the director of the Center for Catholic Thought and Culture. An associate professor of politics, Foss teaches courses in Catholic and American political thought, political philosophy and literature and politics, while he also oversees the senior capstone of SVC’s Benedictine Leadership Studies program.

Named in honor of Rabbi Jason Edelstein, a longtime faculty member in the Saint Vincent College Department of Theology, the Rabbi Jason Edelstein Endowed Chair in Catholic Jewish Dialogue was established to advance a mission of Saint Vincent College as expressed in the Declaration of the Second Vatican Council Nostra Aetale, “Since Christians and Jews have such a common spiritual heritage, this Second Council wishes to encourage and further mutual understanding and appreciation.” Rabbi Jamie Gibson, M.H.L., served as the rabbi at Temple Sinai in the Squirrel Hill section of Pittsburgh for 32 years. In addition to leading the congregation of more than 700 families, Rabbi Gibson also became a leader in building interfaith and interracial ties throughout the religious communities of the Pittsburgh region. A graduate of the University of Michigan, Rabbi Gibson earned a master’s degree from Hebrew Union College-Jewish Institute of Religion, studying at its programs in Jerusalem and Cincinnati. At Saint Vincent College, Rabbi Gibson has carried on the legacy of Rabbi Edelstein, teaching courses on Judaism and Catholic-Jewish dialogue.

The Br. Norman W. Hipps, O.S.B., Endowed Chair in Economics and Business is named in honor of the 17th president of Saint Vincent College, who led the College from 2010-19. Prior to his time as president, Br. Norman held the roles of executive vice president, dean of the Herbert W. Boyer School of Natural Sciences, Mathematics and Computing, provost, academic dean and Opportunity Program director, while also serving as a professor of mathematics, a role in which he continues today.Andrew Herr, Ph.D., has served on the faculty of the Alex G. McKenna School of Business, Economics and Government for more than 20 years, teaching beginning, intermediate and advanced courses in economics, game theory and public finance. The 2007 winner of Saint Vincent College’s Boniface Wimmer Faculty Award for distinguished achievement and loyal service to the College, Herr has referred publications in the Journal of Development Economics, The Economic Journal, Games and Electronics Behavior and the Journal of Catholic Higher Education, while he has delivered numerous lectures and participated in several seminars at national conferences and universities across the U.S.

In conjunction with the creation of Saint Vincent College’s Center for Catholic Thought and Culture, the endowed Mary S. Carey Chair in Ethics and Catholic Social Thought was established to further explore the intersection of science and technology with the liberal arts and business by focusing on the evolution of ethics in an increasingly technological world. Matthias P. Hühn, Ph.D., joined the faculty of the Alex G. McKenna School of Business, Economics and Government as professor of business in 2019. Hühn’s research focuses on the philosophical foundations, both epistemic and ethical, of management and economics. His work has been published in the Journal of Business Ethics, Philosophy of Management, Journal of Management Development and others. He has taught courses in strategy, leadership management, ethics and other subjects at several universities, serving as tenured professor in the School of Business and Economics at the University of Navarra, chair of general and strategic management at German University in Cairo, professor and head of business administration at British University in Egypt and chair of business at American University of Paris.

Named in honor of the late Mrs. Irene S. Taylor, mother of Saint Vincent College president Father Paul R. Taylor, O.S.B., a devout Catholic, an accomplished and respected nurse, and a loving mother, the Irene S. Taylor Endowed Chair for Catholic and Family Studies was established to support and advance Catholic values to strengthen families in response to the challenges of contemporary society. When asked about the keys to raising a strong and loving family, she was confident in saying: “Love them. Feed them. And want them around.” That commitment lives on through this professorship and is reflective of the mission of Saint Vincent College. A member of the Saint Vincent College faculty since 2005, Jason King, Ph.D., teaches a full complement of courses in Catholic and family studies, including Catholic Marriage, Ethics of Aquinas, Theology of Children and God, Work and Money. King, the 2020 recipient of Saint Vincent College’s Thoburn Excellence in Teaching Award, is also the author of two books, “Faith with Benefits: Hookup Culture on Catholic Campuses” and God has Begun a Great Work in Us: The Embodiment of Love in Contemporary Consecrated Life and Ecclesial Movements,” and serves as editor of the Journal of Moral Theology and a frequent contributor to the Journal of Catholic Higher Education.

The Boniface Wimmer Endowed Chair in Monastic Studies is named in honor of Archabbot Boniface Wimmer, O.S.B., the founder of Saint Vincent College and Monastery. A native of Bavaria, Wimmer set sail for the U.S. in 1846 as a missionary to help the nation’s German, Catholic immigrants. Upon arriving in the U.S., Wimmer was appointed pastor of the Diocese of Pittsburgh’s Saint Vincent parish and would work diligently to establish there the United States’ first Benedictine monastery and college. Under his leadership, the monastery and college would blossom, while he would also go on to establish nine additional Benedictine Abbeys and more than 150 Roman Catholic parishes across the country. In 1855, Saint Vincent was elevated to the status of Abbey, with Wimmer being appointed the first abbot, before he was granted the title of Archabbot by Pope Leo XIII in 1883, the first Archabbot in Saint Vincent history. A 1970 graduate of Saint Vincent College and a 1973 graduate of Saint Vincent Seminary, Rev. Rene Kollar, O.S.B., Ph.D., joined the College’s history faculty in 1981. He currently serves as professor of history and previously held the role of dean of the former School of Humanities and Fine Arts from 2004-18. A renowned expert on English history and Ecclesiastical history, Fr. Rene has authored six books and has edited eight, while he has contributed more than 180 articles, book chapters and book reviews and presented at conferences in the U.S., England and Wales. In addition to his role in the Saint Vincent College history department, Fr. Rene also teaches in Saint Vincent Seminary, while he serves on the editorial board for The American Benedictine Review.

The Rita McGinley Endowed Executive Director of the Fred Rogers Institute is named in honor of the late Rita M. McGinley, philanthropist, children’s educator and longtime friend of Saint Vincent College. In 2011, Saint Vincent College awarded McGinley a doctorate of human letters honoris causa for her lifelong commitment to education and the well-being of children and families. A 2006 Saint Vincent College graduate, Dana Winters, Ph.D., joined the Rogers Institute in 2015. Along with serving as director of the Center’s Simple Interactions and Academic Programs, Winters has served as co-principal investigator and program evaluator for NSF-funded early childhood research and intervention projects concerning early literacy, social-emotional development and mathematical learning, and has led numerous foundation and government project grants to improve early childhood systems and family engagement practices. As the Rita McGinley Endowed Director of the Fred Rogers Institute, Winters will continue to oversee these initiatives while also implementing other areas of the Institute’s strategic plan, focusing on expanding and developing programs for families and educators and enhancing the use of the vast Fred Rogers Archives.