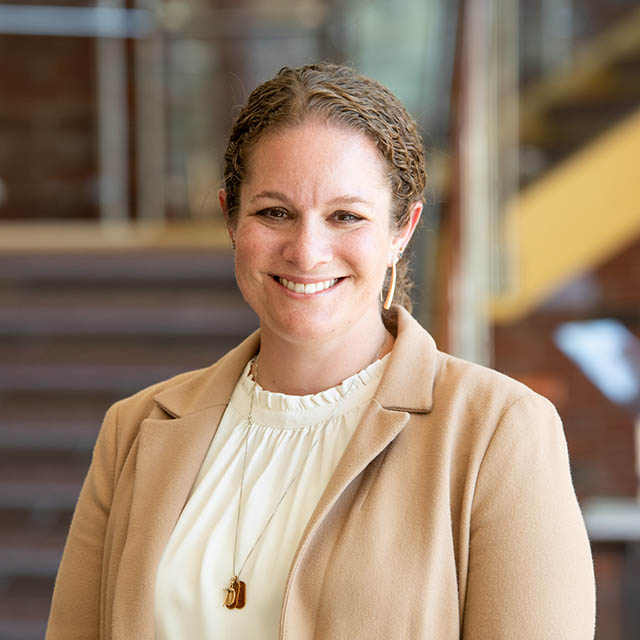 Winters holds The Rita McGinley Endowed Executive Director of the Fred M. Rogers Center for Early Learning and Children’s Media position, while Schomburg will be staying on as the PNC Grow Up Great Senior Fellow.

“I am so grateful to Dr. Schomburg for her leadership over the last three years,” said Winters. “I look forward to continuing her success with the Fred Rogers Center. Our team is excited about a new strategic plan which will sustain our current initiatives and expand the many ways that we serve families and the adults who care for children.”

As the director of Simple Interactions and Academic Programs, Winters worked to apply and advance the legacy of Fred Rogers in serving children and their helpers. She supervised the Center’s research lab, Incubator 143, which partners with educators, trainers, advocates and researchers to focus on identifying and amplifying the simple active ingredient that universally helps serve children - the power of human connection.

She is an experienced applied researcher who has served as co-principal investigator and program evaluator for consecutive NSF-funded early childhood research and intervention projects in the areas of early literacy, social-emotional development and early mathematical learning. Over the previous six years with the Fred Rogers Center, Winters has led numerous foundation and government project grants to improve early childhood systems and family engagement practices. She serves as a UNESCO Faculty Fellow in Children and Youth Studies, collaborating with faculty around the world in the advancement of empathy development and adult-child relationships across developmental settings.

As executive director, she will continue to oversee those programs while also implementing other areas of the FRC’s strategic plan, which focuses on expanding and developing programs for families and educators who work with children and enhancing the use of the vast Fred Rogers Archives while becoming a thought leader in its work with children.

An important vision in the founding of the Center was to provide learning and growth opportunities for students at Saint Vincent College who will go on to work with and for children in their careers. Under the direction of  Winters and Dr. Sara Lindey, and as a result of a grant from the Council of Independent Colleges, Saint Vincent College students will be researching Fred Rogers’ approach to supporting children by using the Archives and will then share the product of their research with the Latrobe community through a series of programming. The staff at the Fred Rogers Center will also be expanding because of the development of new programs, including Educators’ Neighborhood, which is the second biggest program at the Center. This initiative provides a year-long opportunity for educators to work in small and large groups under the guidance of the Center’s staff and develop new approaches for their classrooms.

Established in 2003 to carry forward Fred Rogers’ important legacy, the Center is the official home of the Fred Rogers Archive as well as a straightforward, understanding and compassionate voice for the healthy development of children. Its mission is to extend the legacy of Fred Rogers to today’s generation of children and the adults who love and care for them - or, as Fred called them, “the helpers.” Initiatives focus on helping the helpers as they care for, educate and raise children.