Mock trial is an extracurricular activity available to the students at Saint Vincent through whichstudents simulate a fake trial compiled by the AMTA. For the trial, the students act as both theattorney and witnesses for the plaintiff and the defense.

This year’s case focused on the Estate of Morgan Felder vs. Koller-Campbell Air LLC, bringing with it the charge of negligence. In this case, Ari Felder, the wife of the deceased Morgan Felder,is suing Koller-Campbell Air LLC, an all-purpose flight company, for the death of Morgan in a plane crash caused by one of the company’s owners. As the plaintiff, Saint Vincent argued that Reese Campbell, the owner of Koller-Campbell Air who flew the plane that crashed, acted negligently. As the defense, the team argued that a medical emergency caused Reese Campell to crash the plane. The team used both arguments in their rounds at the Saint Bonaventure tournament. 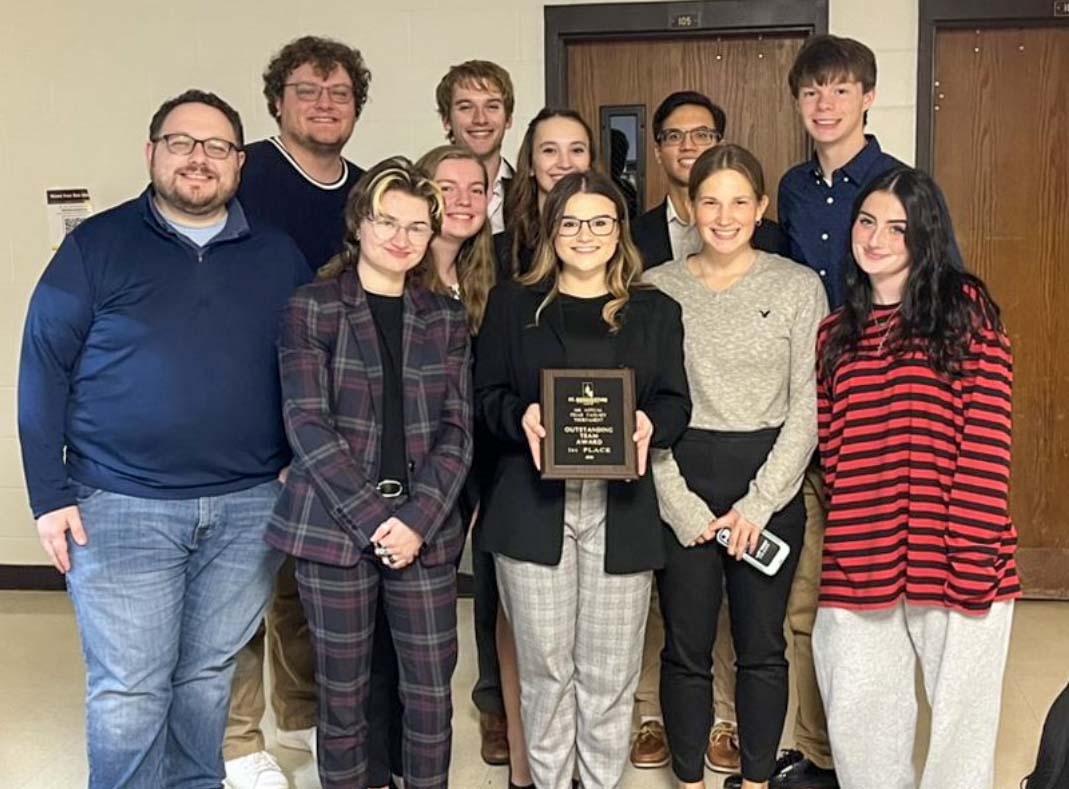 The Saint Vincent Mock Trial Team is made up of 10 student participants, two team coaches and several volunteers. The student team members include:

“Mock trial is more than just pulling a case together. It’s about building relationships, working together and having fun,” said Payton Norton, senior criminology major. This has been a special season thus far for the group.

Delaney Fox also commented on the close-knit group and the hard work they put into preparing for the tournament. “We have really bonded like a family through hours of hard work, dedication, theorizing and fun, of course. It’s amazing to see those efforts be rewarded.”

The Mock Trial team will compete in the Regional Tournament in February 2023.
Back to Top