LATROBE, PA – Senior engineering major with a concentration in materials Sydney R. Green has been named the winner of the 48th annual Saint Vincent College President’s Award. The College’s highest honor, it is annually presented to the member of the graduating senior class who best embodies what the Catholic, Benedictine, liberal arts and sciences college values in its students—outstanding academic achievement, student leadership and community service.

In bestowing the honor on Green, College president Father Paul R. Taylor, O.S.B., commented, “For her academic accomplishments and conscientious, insightful approach to learning; for the ways in which she exemplifies a commitment to leadership in STEM—science, technology, engineering, mathematics—through her critical study in engineering, particularly in nuclear reactors; for her service to our Saint Vincent community as a Prefect and to the wider community as a volunteer at the Westmoreland County Food Bank; for her engagement and example as a disciplined and President’s Athletic Conference champion athlete; and for embodying the mission of Saint Vincent College by undertaking the opportunity for a transformational experience of the mind and heart, it is my honor as President of Saint Vincent College to confer upon Sydney Green the President’s Award this twentieth day of April, 2022.”

A native of Greensburg, Green is the daughter of Ms. Romi Green and graduated from Greater Latrobe Senior High School a year early. She has been named to the Dean’s List each of her seven semesters at Saint Vincent College and has been inducted into Alpha Lambda Delta Academic Honor Society. She has also been on the President’s Athletic Conference (PAC) Honor Roll every semester and has been an All-Academic Athlete on the Women’s Cross-Country Team.

As president of the Engineering Club, Green has organized events to raise money for the Melanoma Foundation, held a food drive for the Westmoreland County Food Bank, and, along with Boyer School faculty, organized this year’s Pasta Bridge Competition for local high schools. Green is an active member of the Boyer School, serving both as a Collaborative Learning Program Facilitator and a tutor for the Heat and Mass Transport class, in addition to helping with the engineering program’s accreditation efforts by writing standard operating procedures for all lab equipment and cataloging the contents of two laboratories.

A member of the Women in STEM and Women in Business clubs, Green has also been a prefect in Gerard Hall for two years. She is an accomplished athlete on the Track and Cross-Country Teams (of which she is also captain), receiving the PAC Sportmanship Award; being named PAC Runner of the Week multiple times; being a PAC Champion in the indoor track 1-mile event; and holding the Saint Vincent record for the 1-mile run, the 1500-meter run, and the 800-meter run.

“I’m humbled and honored to be receiving this award among so many other talented students here,” expressed Green. She went on to thank her friends, family and coaches for their continued support throughout her academic career, but gave special thanks to her professors, saying, “I’m so blessed to have such amazing professors who have not only challenged me but also made me want to learn and made learning fun. I’m honored and proud to always be a Bearcat.” 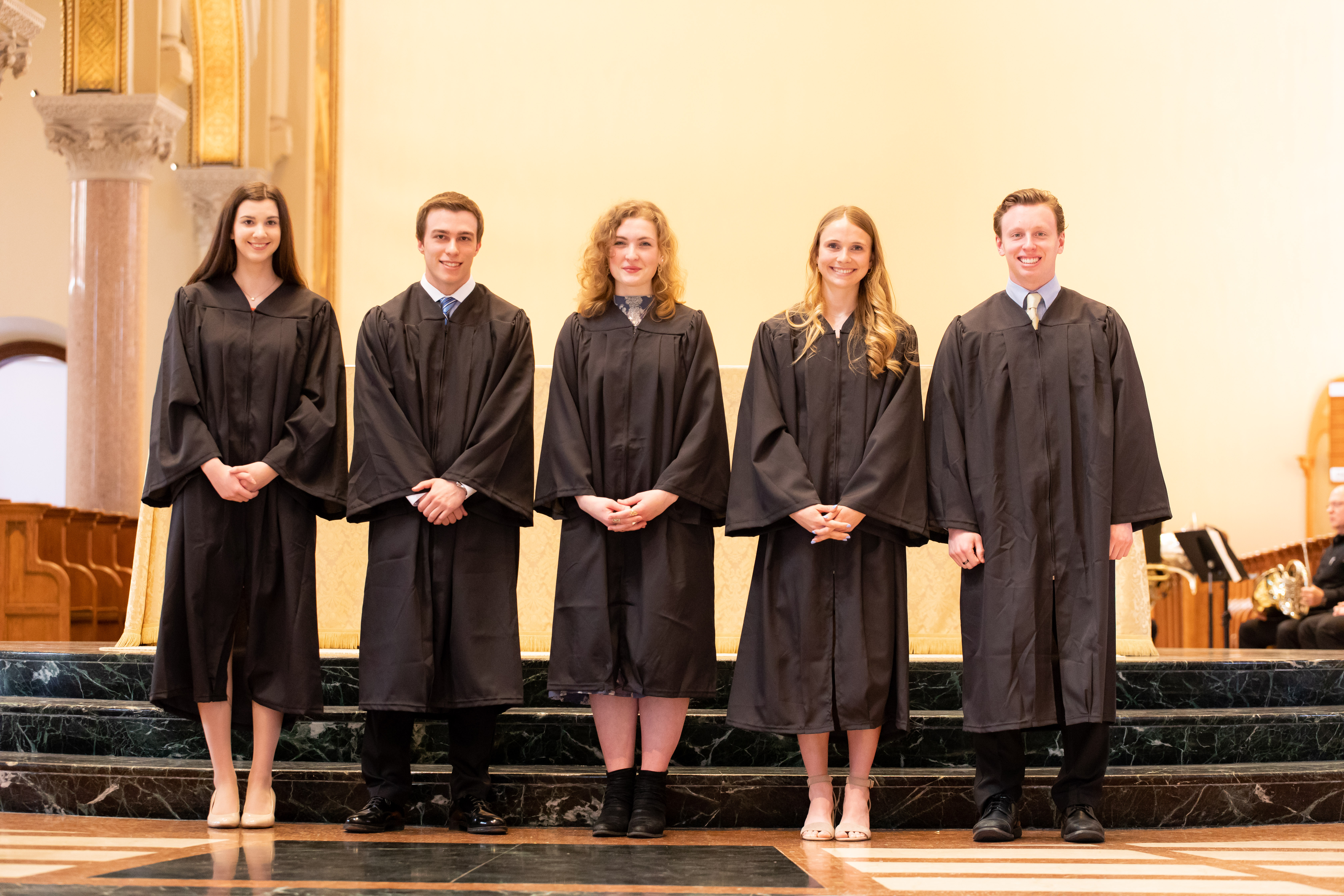 Green is currently an intern with Westinghouse Electric Company and has accepted a fulltime position with the company as a mechanical engineer in the Materials and Aging Management Division, which she will start upon graduation.