Verostko Center for the Arts to host Ukrainian icon exhibit

LATROBE, PA—The Verostko Center for the Arts is pleased to announce its Fall 2022 exhibition: East Meets West: Women Icon Makers of West Ukraine. The exhibit opens September 8 with a public reception being held from 5:00–7:00 p.m. on the 2nd floor of the Dale P. Latimer Library at Saint Vincent College in Latrobe. Visitors can view the exhibition and explore selections from Saint Vincent’s art and rare book collections during the evening reception. All are welcome. 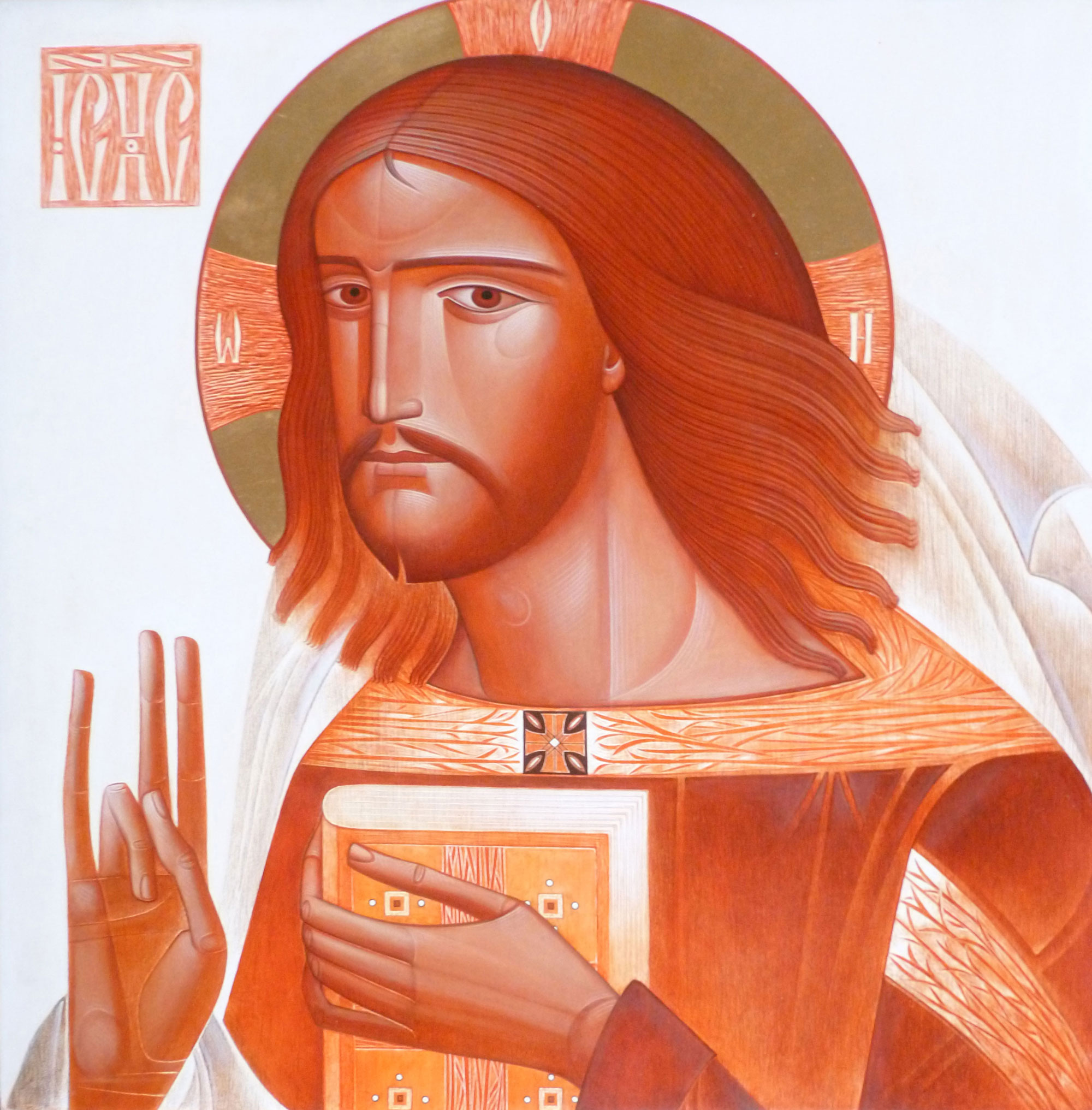 East Meets West pays tribute to eight innovative artists, students of a new school of iconography in the cultural center of Lviv, Ukraine, who blend traditional Byzantine iconography, modernist painting techniques and elements of Eastern European folk art to visualize Christian narratives as both ancient and accessible. In a field historically dominated by men, these women are boldly elaborating on historical conventions, viewing the practice of icon making as a living tradition that entices prayer and contemplation.

The intermingling of cultures and faith traditions in the regions at Ukraine’s western border has given rise to a style of sacred art unique in the Christian World, rooted in Ukrainian Greek Catholicism, a branch of the Catholic Church that embraces the Eastern Orthodox form of worship and the veneration of icons. Suppressed in the Communist era, Ukrainian Greek Catholicism has experienced a renaissance since Ukraine became an independent nation in 1991 and pursued a course of democratization and integration with Europe, now in jeopardy as Russia moves to reassert control over the country. 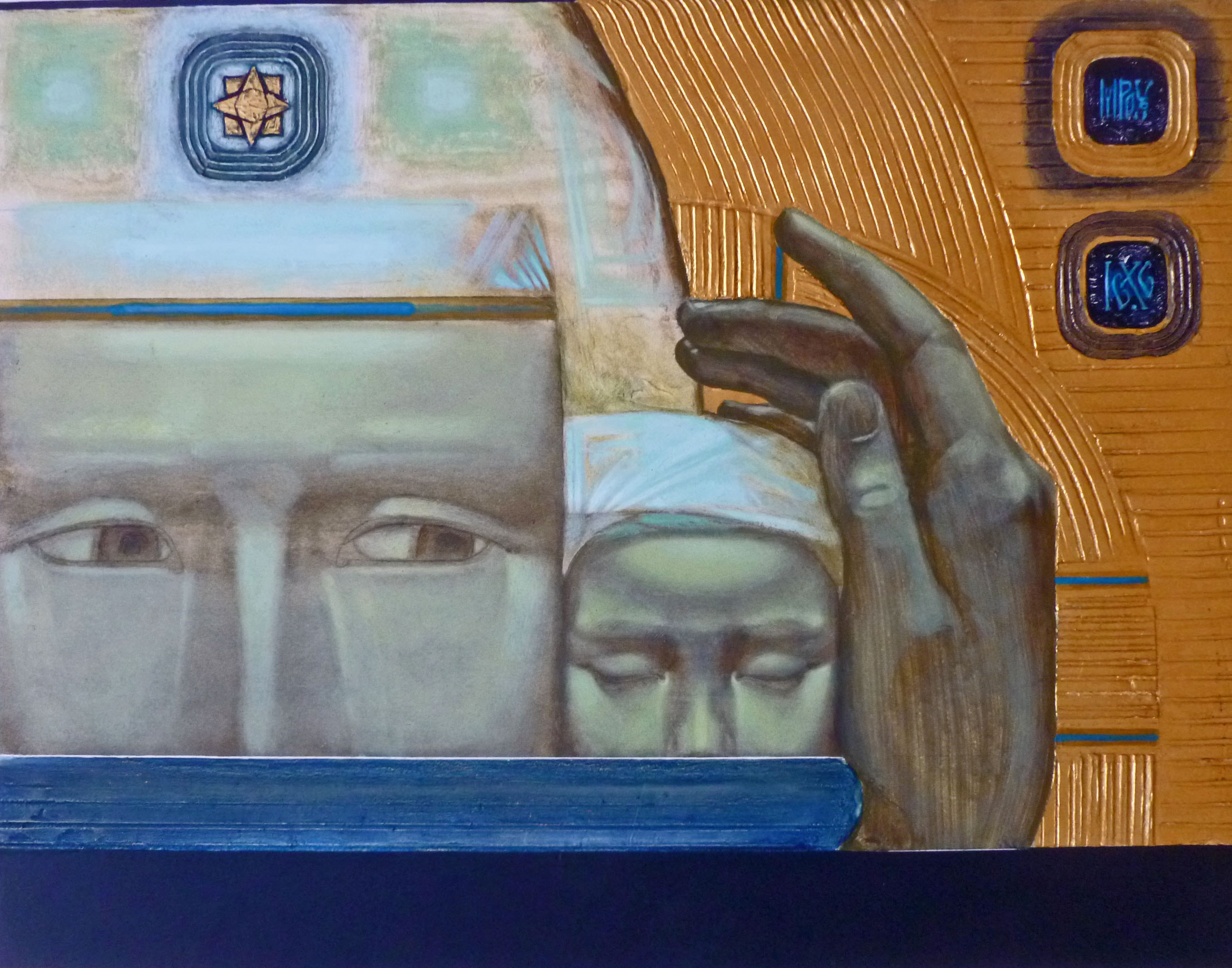 Although trained in the theological and artistic canons of iconography, these artists bring a modern perspective to ancient religious symbols, using different mediums, techniques, and color palettes, creating contemporary variations on time-honored themes. These new icon makers have pushed the boundaries of this conservative sacred art form in ways inspired by both modern art and folk traditions. This new freedom and recognition in the realm of icon making has come through a long and harrowed history in Ukraine, especially due to its relationship to Russia and the former Soviet Union.

Throughout the duration of the exhibition, a free-will offering will be collected to benefit Ridni Charitable Fund, an organization in Lviv that supports children who have been orphaned or displaced as a result of the war.

“The work included in East Meets West is indicative of the fascinating hybridity of styles and beliefs embedded into the cultural fabric of Ukraine,” said Andrew Julo, director and curator of the Verostko Center for the Arts. “At a time when Ukrainians are fighting for their lives and the sovereignty of their nation, this exhibition focuses our attention on artists who continue to cultivate beauty in the face of tremendous loss.”

East Meets West has been curated by John A. Kohan, art collector, writer and former “Time Magazine” foreign correspondent to Russia. Kohan is the owner of the Sacred Art Pilgrim Collection from which the icons on view derive. Kohan notes that, "the freedom to develop individual styles and signed finished pieces has given women, who were always anonymous icon makers, the chance to come out of the shadows and be recognized."

The exhibit runs from September 8 thru November 18. For hours and directions, visit verostkocenter.org/visit.