LATROBE, PA – Saint Vincent College’s Center for Political and Economic Thought’s lecture series will continue at 7:30 p.m. on Tuesday, March 10, with a presentation by James Stacey Taylor of The College of New Jersey entitled “Virtue, Prices, and the Enlightened Flies of Scotland.” 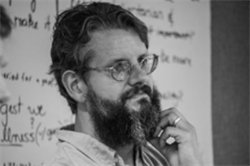 Taylor’s lecture will take place in the Fred M. Rogers Center on the Saint Vincent College campus and is free and open to the public.

An associate professor of philosophy at The College of New Jersey, Taylor has written more than 100 academic articles and book reviews and has authored three books, including “Stakes and Kidneys” (Ashgate, 2005), “Practical Autonomy and Bioethics” (Routledge, 2009) and “Death, Posthumous Harm, and Bioethics” (Routledge, 2012). Currently, he is writing a book that argues the ethical necessity of offering compensation to the donors of blood and blood products.

In addition to his academic writing, Taylor has written numerous op-eds on bioethical issues which have appeared in such publications as the Los Angeles Times, New York Daily News and USA Today, while he is a regular contributor to National Public Radio and has been quoted in The New York Times. His award-winning op-ed for the Los Angeles Times was credited with influencing the ruling of the Sixth Circuit of the U.S. Court of Appeals that led to the legalization of payment for bone marrow.

For more information on Taylor’s lecture and the Center for Political and Economic Thought at Saint Vincent College, contact Dr. Mary Beth McConahey at marybeth.mcconahey@stvincent.edu.