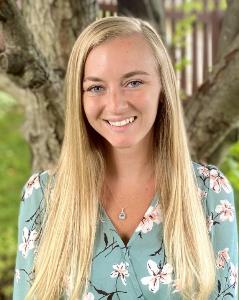 An early childhood education major and a native of McKeesport, Pennsylvania, Reist was one of 50 students nationwide chosen to receive the scholarship for the 2020-21 academic year, valued at $1,000.

Reist was inducted into the Saint Vincent College chapter of Alpha Lambda Delta in March 2018. Along with being an active member of Alpha Lambda Delta, Reist has served as president of SVC’s Early Education Club and is also a member of the Kappa Delta Pi and Alpha Chi honor societies. She has been named to the Dean’s List in each of her six semesters at Saint Vincent.

Applicants for the Jo Anne J. Trow Scholarship must maintain a grade point average of at least 3.5. They were evaluated by a national selection committee on eight different criteria, including undergraduate coursework and GPA, employment information, contributions to Alpha Lambda Delta, significant campus activities, honors/recognition received, career goals, letters of recommendation and an essay.

Alpha Lambda Delta is a national honor society that recognizes students’ academic success during their first year at a college or university. Founded in 1924, Alpha Lambda Delta has more than a million lifetime members and is present on more than 280 campuses nationwide. Alpha Lambda Delta’s mission is to “encourage superior academic achievement, promote intelligent living and a continued high standard of learning and assist students in recognizing and developing meaningful goals for their unique roles in society.”