LATROBE, PA – The Center for Political and Economic Thought (CPET) at Saint Vincent College’s Alex G. McKenna School of Business, Economics and Government will host Dr. Richard Avramenko of the University of Wisconsin-Madison on the evening of Tuesday, Feb. 18. Avramenko’s lecture, “When Toleration Becomes a Vice,” will begin at 7:30 p.m. in the Fred M. Rogers Center on the Saint Vincent campus. 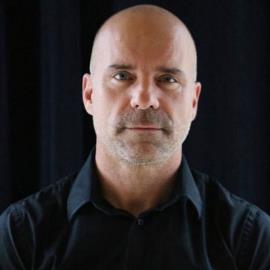 Avramenko is a professor of political science at the University of Wisconsin-Madison. He is chair of Integrated Liberal Studies, the director of the Center for the Study of Liberal Democracy and the editor-in-chief of the Political Science Reviewer.

At the University of Wisconsin-Madison, Avramenko teaches seminars on topics such as Plato, Aristotle, Nietzsche, Heidegger, Tocqueville, politics and literature, political economy and conservative political thought. He also lectures regularly on the history of western political, economic and social thought.

Admission is free and open to the public. For more information, contact Dr. Mary Beth McConahey, assistant director of the Center for Political and Economic Thought, at marybeth.mcconahey@stvincent.edu.