Published by Paulist Press, the book explores encounters between Jesus and women in the New Testament through the lens of spirituality. 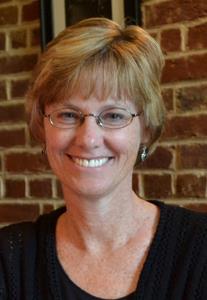 “I wanted the book to be written in a way that appealed to anyone interested in deepening their faith or reflecting more deeply on their own lives,” said Sharbaugh. “My desire to write this book arose from the role spirituality books have had in my life. They have deepened my relationship with God and helped me to know myself better. I have lived my life with the spiritual friendship of many authors of spirituality books as I return to their writings again and again. I envisioned writing a spirituality book as a way to continue my conversations with these spiritual writers, deepen my own understanding of faith and share the insights I have discovered along the way.”

Each chapter in the new book explores one New Testament story describing an encounter between Jesus and a woman and identifies a specific theme of the story.

“The book took me about three years to write,” said Sharbaugh. “Work on each chapter began with research and after reading good exegetical articles and commentaries on the biblical text, I identified a theme to explore. Every story contains several possible themes, so choosing one to focus on was sometimes difficult. Once I chose a theme, I would do more research searching for articles and books that explore the theme I had identified.”

Sharbaugh has been fascinated with the women of the New Testament since she was assigned a project in a course at the Pittsburgh Theological Seminary in 1997. She has since delivered a number of lectures and retreats focused on the women of the New Testament, while she also teaches a course at Saint Vincent College on the topic, in which she plans to utilize her new book moving forward. 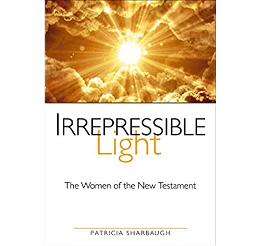 “The course was taught by Dr. Bonnie Thurston,” said Sharbaugh, “and one of our assignments was to write a biography of a woman in the New Testament. The combination of academic research and creative thought required for that assignment opened within me connections between my imagination and the biblical text. My study of the women in the New Testament began then and has continued to this day.”

In studying the women of the New Testament, Sharbaugh was struck by how the focus of the text can change for the reader.

“We usually read the gospel from the perspective of men,” she said, “with a focus on the political, social and visible pronouncements of Jesus’s message. When we shift our attention to the women, we shift our focus to the hidden, the unexplored, the small everyday matters of daily life. Through this shift in our focus, the biblical text is rounded out and we awaken to the wholeness of life that Jesus engages and seeks to transform.”

Sharbaugh has been engaged in an academic study of the Bible for more than 20 years. While this deep academic study aided in her research and writing of the new book, she had to make a conscious effort to make it more of an enjoyable read instead of a deep, scholarly analysis.

“Because I have been trained to write as a theologian,” she said, “I spent time rewriting parts of chapters that became too freighted with technical language or academic details. Occasionally, three pages I had written were rewritten into a single paragraph. This was particularly true when I was writing about the biblical text. I had to let go of a lot of information I knew about the text for the sake of an enjoyable and readable book.”

“I am grateful for the witness of the women in the New Testament,” she said. “I have learned so much from them about living a faithful life. These women teach us that no matter where we are in our lives – whether we are joyful or sorrowful, experience blessing or grief, have status and a firm place in society or are experiencing isolation and a sense of inadequacy – we all share the common power to turn to God in prayer, to enter into the deep spaces and open our hearts to God, and to catch a glimpse of the irrepressible light deep within.”

“Irrepressible Light: The Women of the New Testament” is available for purchase online through The Paulist Press, Amazon, Barnes and Noble and most major booksellers.

PHOTO 1: Dr. Patricia Sharbaugh
PHOTO 2: The cover of "Irrepressible Light: The Women of the New Testament"