Released on Nov. 26 and published by Palgrave Macmillan, “Theories of Crime Through Popular Culture” includes submissions from a variety of contributors – including several affiliated with Saint Vincent College – that apply criminological theories to everyday life and modern culture. 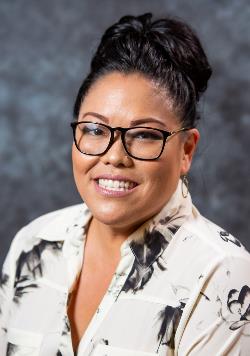 “I actually had the idea for this book when I explained elements of criminological theories in a hip-hop song,” explained Daly, “and I realized that a fresh approach to criminological theories with more modern artifacts would be fun! I also really liked the idea of having a number of authors who could demonstrate their own thinking about issues rather than how I do it. We all think about these theories in different ways, so it’s beneficial for students to see how people in varying stages of their criminology studies or careers make sense of them.”

Among the 16 different pop culture pieces analyzed include the movies “Mean Girls,” “13 Reasons Why,” “Batman” and “Hunger Games” and television shows “The Office,” “Friends,” “Mister Rogers’ Neighborhood,” “Game of Thrones” and “The White Shadow.”

“There’s so much talent among the students and faculty at Saint Vincent and I like to take every opportunity to share their insights with the broader criminology community,” Daly said. “I think that so many of the chapters reflect our own personalities and interests, too, and I hope that gives those in the SVC community and beyond a closer look at how we frame these issues and what our classrooms might be like. 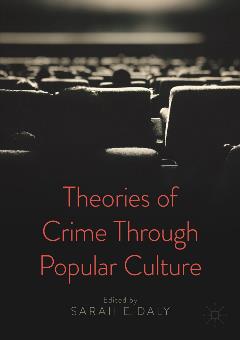 “I loved that this was interdisciplinary,” she continued, “with contributions from Dr. Winters at the Rogers Center and Mr. Safin from the communication department. Criminology can be seen everywhere. I also really enjoyed that some of the faculty teamed up with graduate students in these projects. This gave the students the chance to learn about the writing and publication process and think creatively. And, not only did they get the opportunity to publish, but they also provided an interesting perspective since they’re relatively early in their careers compared to more experienced faculty. I thought that their understanding of the theories could be helpful for other students in similar positions.”

In addition to soliciting her colleagues and students at SVC, Daly sought contributions from some of her professional colleagues from across the country, while also taking her call for submissions to social media.

“I’ve found an awesome professional community using the hashtag ‘AcademicTwitter’,” she said, “and I shared a call for chapters. That’s how I met many of the writers from other colleges and universities, including an author from Australia!”

As for content, Daly said that she simply asked the authors to pitch a proposal for the theory and pop culture artifact, requesting only that it wasn’t a show or movie that dealt with criminology or criminal justice.

“These awesome authors came up with these ideas on their own, and I’ve loved it,” she said. “They’ve been so creative and it’s been so interesting and fun to see.”

After initially conceiving the idea for the book in January 2019, the publishing process took a little less than two years, as contributors and topics were identified in the summer of 2019 and a contract signed with Palgrave Macmillan in September.

“We had a review and edit process,” she explained, “and all of the authors were really prompt and timely. In the past, it’s been difficult to get authors to meet deadlines, but I think everyone had so much fun with this that they wanted the book ready as soon as possible. It’s been almost two years from idea to publication, but it’s been easy and amusing the whole time.”

This enjoyment of reading the submissions of her peers also led to Daly’s creation of a new YouTube channel named “Culture and Crime Talks.”

“So much of what we study is depressing, unjust or violent,” Daly said, “and sometimes we need to find joy in this field. That’s why I started my YouTube channel – to make these fun connections and introduce criminological theories and research to a broader audience.”

Daly plans to incorporate the book into her courses at Saint Vincent College as another way of bolstering student engagement and reinforcing the prevalence of criminological theories in everyday life, and hinted at the possibility of subsequent editions.

“I hope that all the students and readers will understand that depictions of criminological theories are around us all the time,” she said. “Those who love this discipline can’t ever take their hat off and we see it even in shows that have nothing to do with crime.

“In the preface, I encourage readers to find their own applications of theory to popular culture and I hope that I’ll receive chapters for subsequent volumes or editions!”

“Theories of Crime Through Popular Culture” is available for purchase online through Palgrave Macmillan, Amazon, Barnes and Noble, Waterstones, Walmart and most major booksellers.

PHOTO 2: Cover of “Theories of Crime Through Popular Culture