LATROBE, PA – David Safin, associate professor of communication at Saint Vincent College, has been named the recipient of an Award of Merit from The Best Shorts Film Competition for his film “Backward Sometimes.”

A 2000 Saint Vincent College graduate, Safin earned the Award of Merit in the Web Tube Length category for the film, which explores his nearly lifelong association with the College. 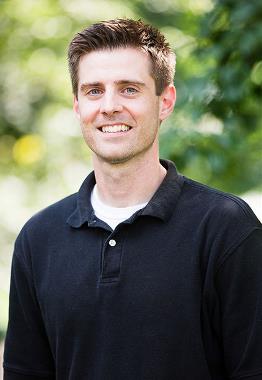 “While the video chronicles so much of my personal history at the College,” stated Safin, “it really is a tribute to my parents, who put both of their sons through Saint Vincent, as my brother, George, graduated in 1998. My parents recognized that an education at Saint Vincent lasts longer than four years, and this video is a testament to their wisdom.”

The Best Shorts Competition recognizes film, television, videography and new media professionals who demonstrate exceptional achievement in craft and creativity and those who produce standout entertainment or contribute to profound social change. Entries are judged by highly qualified professionals in the film and television industry.

In winning a Best Shorts Award, Safin joins the ranks of a number of high-profile winners of the internationally respected award including Disney Interactive for “Blank: A Vinylmation Love Story” and Oscar-winning production “Mr. Hublot” from Laurent Witz of Luxembourg.

“I submit my work to competitions such as this to make sure that my work is of the quality it needs to be for me to be in the front of a classroom,” said Safin. “To keep up with changing technology, it is imperative that I continue to produce content at a high level. Getting this feedback is validation that my work can withstand a high level of professional scrutiny.”

After graduating from Saint Vincent College in 2000, Safin went on to earn a Master of Science in multimedia technology at California University of Pennsylvania and a Master of Fine Arts in film and digital technology from Chatham University. He has been employed at Saint Vincent since 2003 having held a number of administrative positions, rising to director of multimedia services, before joining the faculty full-time in 2013.

Safin’s courses cover the topics of video production, film and television criticism, digital culture, social media and film studies. In April 2019, he received the Saint Vincent College Quentin Schaut Faculty Award, which recognizes the contributions, leadership and achievements of a junior faculty member to the curriculum and life of the College.

A prolific filmmaker, Safin is now a four-time Best Shorts Competition awardee. In 2018, he was recognized with the Best Shorts Competition Award of Recognition for “Memory Card Full,” while in 2016, he earned the organization’s Award of Recognition for his videographic essay “The Vengeance Tapes” as well as the Award of Merit for the video short “Commencement.”  His films have also been recognized by The Videographer Awards and The Accolade Competition and have been screened at a number of film festivals across the country including the Johnstown Film Festival, the Steeltown Film Factory Film Festival, the Flying Frame Film Festival and the 3-Minute Film Festival.

Safin is a native of Roscoe, Pennsylvania, and currently resides in Penn Township with his wife, Kate, and children, Andy and Lily.