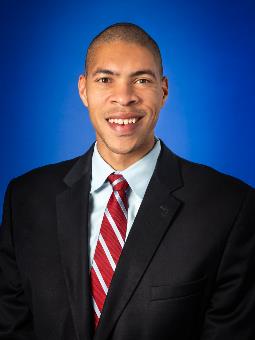 As Executive Vice President, Dr. Mallory will serve as Chief Operating Officer of the institution while also offering direction to much of the student life on campus.

"It is an honor and a privilege to return to Saint Vincent College as the next Executive Vice President,” said Mallory. “Shaped by its Catholic, Benedictine values, the SVC community is truly special to my family and me. I look forward to supporting the leadership of President Fr. Paul Taylor and ensuring the SVC community remains strong and progresses forward.”

“Jeff is a proven leader in higher education and his presence will further enhance our College community,” said Father Paul. “His body of work, beginning from when he enrolled at Saint Vincent, shows his dedication to positively impacting the lives of students and making a difference in the community in which he lives. I am particularly excited for our students, who will benefit greatly from Jeff’s expertise and experience. We are grateful to again have Jeff on campus, and we are thrilled to welcome him home.”

Prior to his most recent position at Duquesne, Mallory served as the Director of the Office of Diversity and Inclusion at Duquesne from 2014-18. From 2010-14, Mallory held the role of Director of Campus and Multicultural and Student Life at Saint Vincent. During his time at SVC, he also served as Assistant/Associate Men’s Basketball Coach from 2009-12.

Mallory completed both his undergraduate and graduate work at Saint Vincent, earning a bachelor’s degree in public policy analysis with minors in history and sociology, and a master’s degree in management: operational excellence. He completed his doctorate of education in Educational Leadership from Duquesne University in 2019. In addition to his work in the community and in higher education, Mallory was a four-year starter for the Saint Vincent men’s basketball team from 2002-06 and remains the College’s all-time career leader in blocked shots (313) and ranks fifth in program history in scoring (1,580 points). Following his collegiate career, he spent two seasons playing professionally in Spain for Cajasur Cordoba Basketball Club.