The award was announced by Saint Vincent College president Father Paul R. Taylor, O.S.B., during a special Honors Convocation video produced by the College in lieu of the traditional annual ceremony which was canceled due to the COVID-19 pandemic.

“For her academic accomplishments and her demonstrated desire for lifelong learning,” said Father Paul, “for her leadership in our community, particularly in the challenges she accepts and the challenges that she offers to others; for her service to Saint Vincent and the local community, particularly for the poor and marginalized in our society; for her dedication to helping people and to seeing a chart for life to continue in that mission; and for her dedication to the mission of Saint Vincent College, it is my honor as president of Saint Vincent College to confer upon Jessica Gibbs the President’s Award on this 22nd day of April, 2020.” 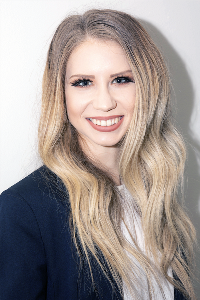 A native of Lemont Furnace and graduate of Laurel Highlands High School, Gibbs is the daughter of Robert and Raelynn Gibbs. Gibbs has been named to the Dean’s List in every semester at Saint Vincent College and has also won the Award for Academic Excellence in the major of criminology, law and society as the major’s top graduating senior. She is a member of the Alpha Lambda Delta honor society, while last year, she was chosen to receive the Class of 1968 Fr. Ronald R. Gorka Scholarship Award, which has a purpose of positively affecting a junior student and of helping him or her reach their potential as recognized by faculty, administration and staff. Gibbs has worked as a research assistant for the criminology department and Bruce Antkowiak, professor and head legal counsel for Saint Vincent College and Archabbey, while she has completed internships with the Westmoreland County Public Defender’s Office and with Adelphoi Village, where she worked with adjudicated, incarcerated juveniles while observing the inner-workings of group homes and maximum-security units. Following graduation, Gibbs plans to enroll in the criminology master’s degree program at Saint Vincent College while working as a paralegal for the U.S. Attorney, before attending law school. Gibbs is a member of Cove Run Free Methodist Church in Lemont Furnace.

GRACE A. HARRIS
A native of Canonsburg and graduate of Canon-McMillan High School, Harris is active with the Saint Vincent College Early Childhood Education Club, Education Club, Mathematics Club and Campus Ministry, and was a member of the Bearcat women’s tennis team. Additionally, she is a member of the Benedictine Leadership Studies program, has served as a prefect in both Wimmer and Saint Benedict Halls and held work-study positions as a lifeguard at the Resnik Pool and at the Winnie Palmer Nature Reserve, where she helped to plan and lead environmental education programming. As part of Campus Ministry, she has traveled to China, Taiwan, Brazil and Alaska on mission trips, while she also traveled to Rome with the Benedictine Leadership Studies program. Named to the Dean’s List in each of her semesters at Saint Vincent, she was also given the 2020 Award for Academic Excellence in early education, given to the major's top graduating senior. Harris is a member of the Alpha Lambda Delta, Kappa Delta Pi, Alpha Chi, Pi Mu Epsilon and Chi Alpha Sigma honor societies, while she received the Maria Leonard Book Award in February. She is currently completing her student-teaching at Baggaley Elementary School in the Greater Latrobe School District and has accepted a position following graduation as a fifth-grade teacher at Farmington Elementary School in Culpepper, Virginia. She is the daughter of Mark and Nancie Harris and a member of Holy Rosary Catholic Parish in Canonsburg. 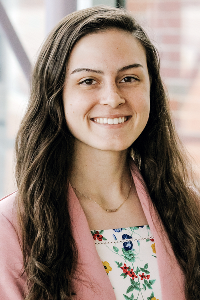 SARAH M. O’CALLAGHAN
A native of Columbia, Maryland, and graduate of Archbishop Spalding High School, O’Callaghan has served as both secretary and vice president of the Education Club and has also been involved with the Early Education Club at SVC, served on the Orientation Committee.  and was a team leader for the Activities Programming Board during the 2017-18 academic year. During her time at SVC, she has taken part in a number of service initiatives, including SVC Wraps, Sports Friendship Day and March for Life, while she has been active in Big Brothers/Big Sisters of America of Westmoreland County. A Fred Rogers Scholar, O’Callaghan has participated in “The Sky Above Mister Rogers’ Neighborhood” planetarium shows as well as in the Neighborhood Music Visits program. Through her work-study position with the Fred Rogers Center for Early Learning and Children’s Media, she had the opportunity to travel to China during the summer of 2018 to study developmental relationships and adult-child interactions. O’Callaghan has served as both secretary and vice president of the Kappa Delta Pi honor society, while she was also a member of the Alpha Lambda Delta and Alpha Chi honor societies. Named to the Dean’s List in each semester at Saint Vincent College, O’Callaghan was named a recipient of the 2020 Maria Leonard Book Award, which recognizes academic excellence. She is currently completing her student-teaching in the Hempfield Area School District, and following graduation, she will enroll in Saint Vincent College’s curriculum and instruction graduate program and serve as a graduate assistant in the Fred Rogers Center. She is the daughter of Larry and Sharon O’Callaghan, and a member of the Church of the Resurrection in Ellicott City, Maryland. 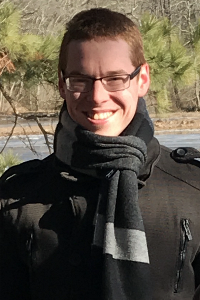 A native of Red Lion and graduate of York Catholic High School, Weisser is an Aurelius Scholar and Benedictine Leadership Studies fellow, while he is active with the Saint Vincent College Honors College, the Ultimate Frisbee Club and MMA Club. A Dean’s List selection in each semester at Saint Vincent College, Weisser is a member of the Phi Alpha Theta, Pi Sigma Alpha and Alpha Lambda Delta honor societies and was also awarded SVC's Award for Academic Excellence in politics, given to the major's top graduating senior. Weisser, who was a recipient of Saint Vincent College’s prestigious Wimmer Scholarship, holds a work-study position in the Center for Political and Economic Thought as assistant to the Center’s director, while he also serves as a tutor for both the philosophy and politics departments. In spring 2019, he was named the national winner of the Bert and Phyllis Lamb Prize in Political Science for his essay entitled “I Believe We Are Lost: The Worst Casualties of the Great War.” Weisser has accepted an offer of a full scholarship to Baylor University, where he will enroll in the Ph.D. program for political science with the goal of becoming a professor of politics. He is the son of Paul and Katherine Weisser and a member of Saint Joseph’s Catholic Church in York.

A native of Freedom and graduate of North Catholic High School, Therrien has been named to the Dean’s List in each semester, earning induction into the Pi Mu Epsilon (mathematics) and Omicron Delta Epsilon (economics) national honor societies, while he also received the SVC Award for Academic Excellence in economics. He serves as a prefect in Saint Benedict Residence Hall, while he holds a work-study position in the Alex G. McKenna School of Business, Economics and Government as an assistant to dean Dr. Gary Quinlivan, a tutor for economics and a recruiter for the school. Therrien has completed an internship at Acton Institute for the Study of Religion and Liberty in Grand Rapids, Michigan, and following graduation, he will enroll in the Ph.D. program in finance at Washington University in Saint Louis, Missouri. He is the son of Michael and Lynn Therrien.