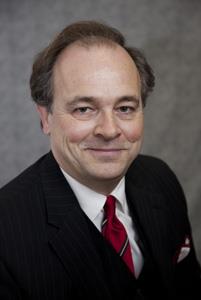 Watson, the Phillip M. McKenna Chair in American and Western Political Thought in Saint Vincent College’s Alex G. McKenna School of Business, Economics and Government, has devoted a significant part of his career to studying the nature and history of American progressivism since its formation in the early 20th century.

“It was evident to me that no one had written a comprehensive history of how American history was told through the 20th century by progressive historians,” explained Watson. “The fact is, most American historians, the bigwigs as well as the lesser lights, were, and are, fellow travelers of the progressive movement. They were hardly dispassionate scholars. They were, in one way or another, promoting the very thing they purported to chronicle.”

This marks Watson’s second major book project on progressivism, following Living Constitution, Dying Faith: Progressivism and the New Science of Jurisprudence (ISI Books, 2009). He also recently edited a collection featuring the leading scholarly critics of progressivism, entitled Progressive Challenges to the American Constitution: A New Republic (Cambridge, 2017).  While he has extensively researched and written on the subject for the duration of his career, Watson said that he still learned a great deal through his latest project.

“As with most writing projects I’ve undertaken, I discovered things of which I was wholly unaware, or to which I simply hadn’t paid attention,” he recalled. “For example, I learned a lot about something I had a general sense of but hadn’t studied seriously – the progressive reconfiguration of Christianity. Whether Protestant or Catholic, leading progressive thinkers and theologians sought to bring Christianity down from the clouds and use it to justify comprehensive statism. Nowadays, we tend to associate fervent Christianity with the political right, but it was not always so. 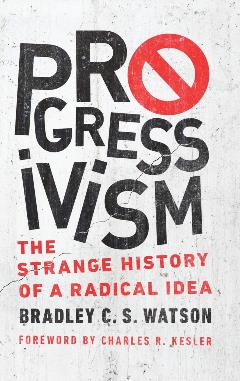 “At another level,” he continued, “I was aware of the echo chambers that academic disciplines and modern American universities have become. But, it was fascinating to document this with respect to a single discipline – history – and to just see how comprehensively the historians missed what was in many ways the biggest story in American history over the past century or so, which was the progressive reconfiguration of American constitutionalism, American Christianity and American cultural norms.”

The project was a labor of love for Watson, who began his initial research and writing while on sabbatical more than six years ago at the Hoover Institution on War, Revolution and Peace at Stanford University. While he has written or edited more than 10 books, Watson said that the process never gets any easier.

“Writing always takes me a ridiculous amount of time,” he said. “I sweat every line and massage every paragraph. I envy people who can write quickly and do it well. But the fact is, it’s often the case that those who write quickly, including academics, do not write well or carefully. So, there’s a tradeoff. I’ve always relished the line, attributed to several authors, that ‘I hate writing, but I love having written.’”

With much of the heavy lifting done during his sabbatical, Watson then moved onto the proofreading, copy editing and re-writing phase. Once finally satisfied, he then faced the task of working with a publisher, which took almost as long as writing the book.

“Dealing with publishers is a multi-year project in itself,” he explained. “When I found a publisher – The University of Notre Dame Press – that I thought was generally enthusiastic about the project, it took probably a year and a half to two years from initial pitch to publication. Academic manuscripts go through a rigorous peer review process and are released on the publisher’s timeline to maximize exposure.”

Watson was happy to align with The University of Notre Dame Press, which has remained quite enthusiastic about his latest work.

“Notre Dame press is the best I have dealt with,” he said. “They have assembled an extraordinary editorial team which is releasing some of the best and most important titles in politics and political theory, among other fields.”

Thus far, Progressivism: The Strange History of a Radical Idea has been well-received, despite the timing of its release.

“Early reviews have been positive,” Watson said, “but it was released to coincide perfectly with the coronavirus! This means all book talks and promotional events are off. No sooner did I start to write my first talk, which was to be delivered at Princeton University in March, that it got canned.

“But, we’ll see. And I’ll keep my fingers crossed!”

Progressivism: The Strange History of a Radical Idea is available for purchase online through The University of Notre Dame Press, Amazon and most major booksellers.