LATROBE, PA –  Two Saint Vincent College students have been named Clare Boothe Luce Scholars in conjunction with a program sponsored by the Clare Boothe Luce (CBL) Program for Women in STEM of the Henry Luce Foundation, which is designed to increase the amount of women who will enroll and graduate as leaders in computing, engineering and physics. 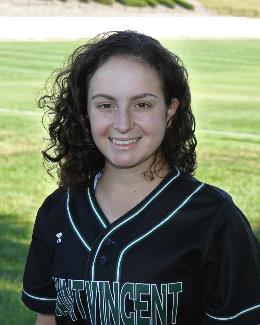 Maceda and Tavitas will meet with Dr. Stephen Jodis, dean of Saint Vincent College’s Herbert W. Boyer School of Natural Sciences, Mathematics and Computing, to map out their plans for service and scholarship. Scholars who select the service component will participate in the Clare Boothe Luce Scholar STEM Module Development Summer Program, a six-week residential program from mid-May to the end of June. The Scholars will work with a faculty member to develop modules for use in middle and high school programming that encourages girls and young women to pursue STEM fields. These modules will be implemented by the team during summer programs at Saint Vincent College, such as the Young Men and Women in Charge program, a three-day, residential science camp for disadvantaged and historically underrepresented high school students from the Philadelphia area. 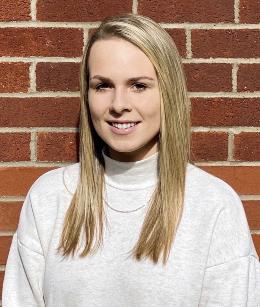 Scholars who choose the research component will be encouraged to apply for a summer assignment through the National Science Foundation’s Research Experiences for Undergraduates (REU) program or at a national laboratory initiative, or will be paired with a Saint Vincent College faculty member to conduct summer research. During the academic year, they will be encouraged to serve as either Collaborative Learning Program leads or tutors and will participate in activities that Saint Vincent College typically hosts for high school students, such as the Pasta Engineering Bridge Competition and Cybersecurity Day.

Scholars will also participate in admission events to meet and talk with women interested in the selective majors, while each Scholar will participate in a mentoring program with first-year female students majoring in the CBL Scholars’ fields.

Clare Boothe Luce (1903-87) was instrumental in establishing the Atomic Energy Commission and became the first U.S. woman to represent her country to a major world power when she was named U.S. Ambassador to Italy in 1953. In 1981, President Ronald Regan appointed her to the President’s Foreign Intelligence Advisory Board and in 1983, she received the Presidential Medal of Freedom.

Leaving the majority of her estate to the Henry Luce Foundation, she declined to restrict her vision to the fields in which she had established her reputation. Instead, she chose to leave a legacy that would benefit current and future generations of women with talent and ambition in areas where they continue to be severely underrepresented – science, mathematics and engineering. Her bequest created a program that is one of the single largest private sources of funding for women in those fields in higher education.

Luce was posthumously inducted into the National Women’s Hall of Fame on Sept. 16, 2017.